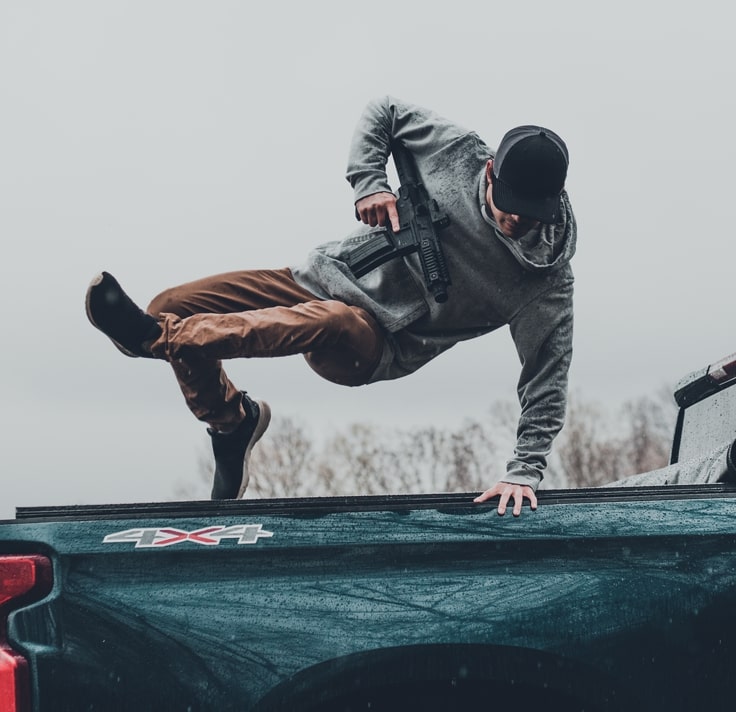 Air, liberty, and the pursuit of perfection.
For more than 90 years, Crosman has pioneered the airgun industry from our rural outpost in Rochester.

A tradition of non-tradition. 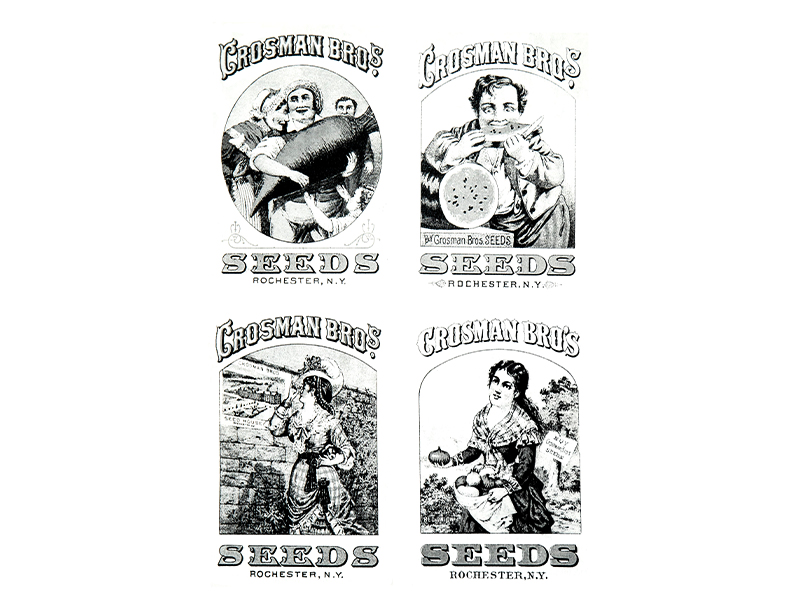 The Crosman Brothers, owners of a modest seed company in Rochester, New York, were approached by local inventor William McLean to produce pellets and an airgun based on McLean’s own design in exchange for half of the ownership in the patent. 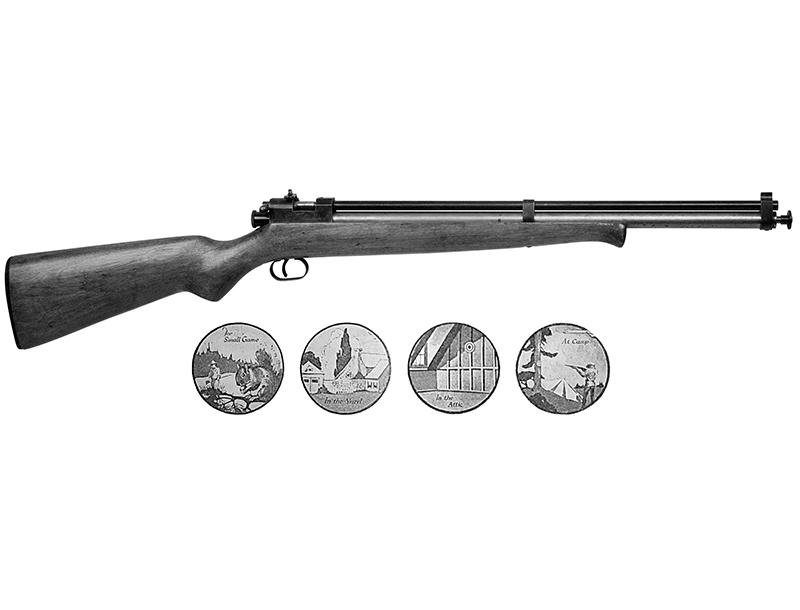 In its world debut, the first pneumatic pump airgun was set to revolutionize “power without powder”. In just 3 to 10 pumps users could fill a reservoir that would pressurize each shot. It was an immediate success. 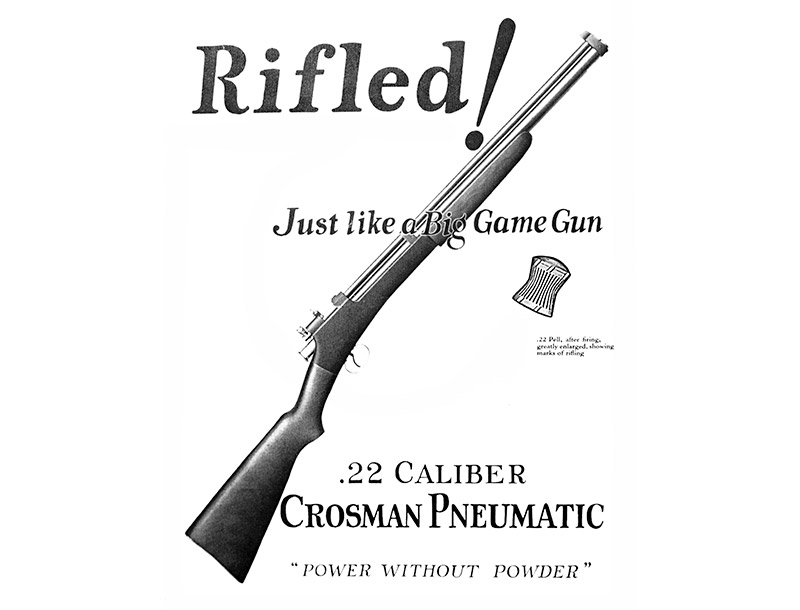 Due to its popularity, Frank Hahn purchased Crosman Rifle Company and renamed it Crosman Arms. His son, P.Y. Hahn, becomes the driving force of the company for the next fifty years. 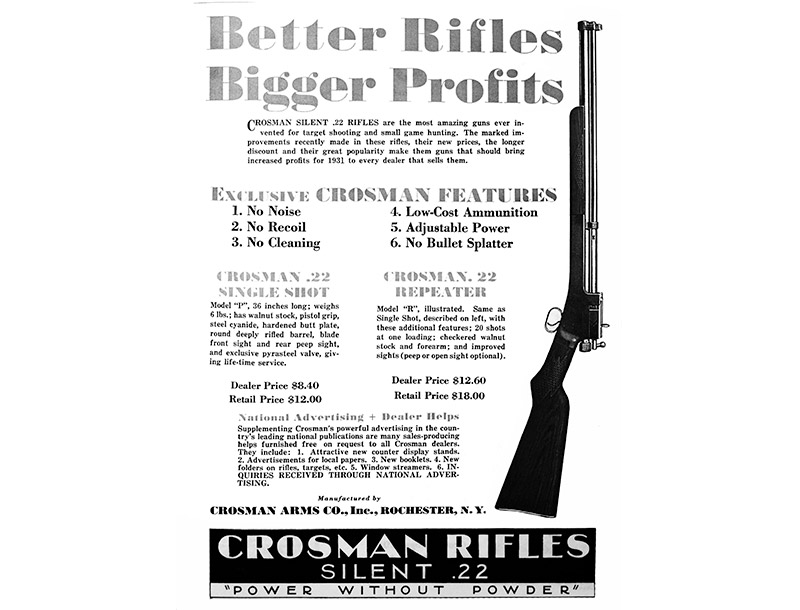 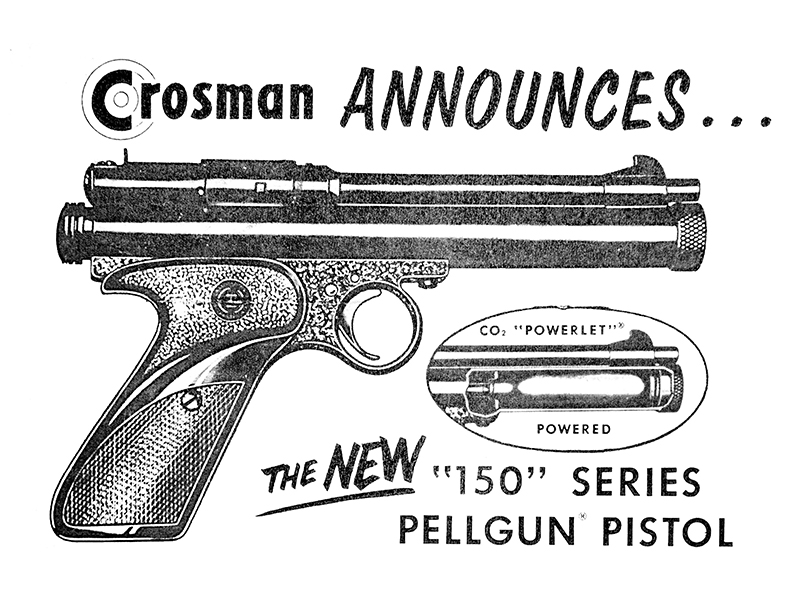 Crosman began a revolution in CO2-powered guns with the introduction of the models 150 and 157 single-shot pistols, and the first airgun powered by a pre-filled, one-time-use 12-gram CO2 cylinder – the Powerlet™. 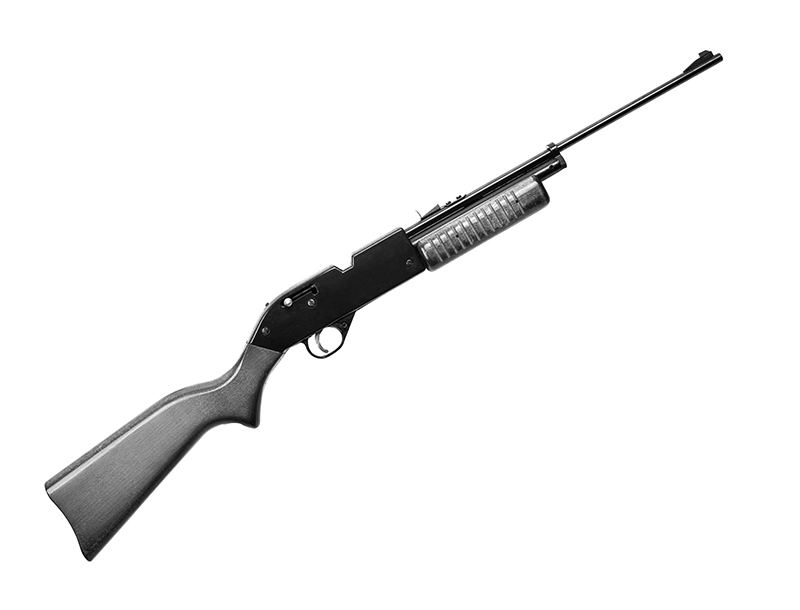 The 760 Pumpmaster air rifle was introduced. This short stroke pneumatic pump rifle became the most enduring airgun model in history, with more than 16 million sold to date. 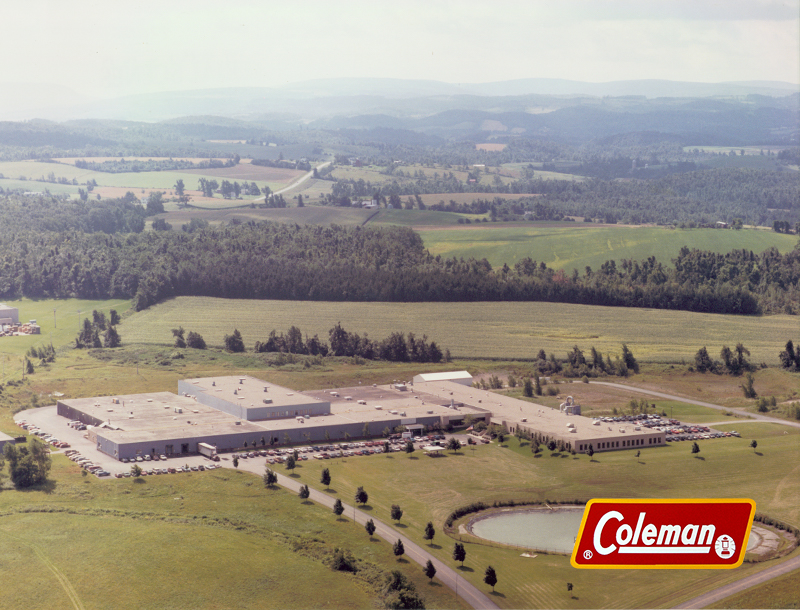 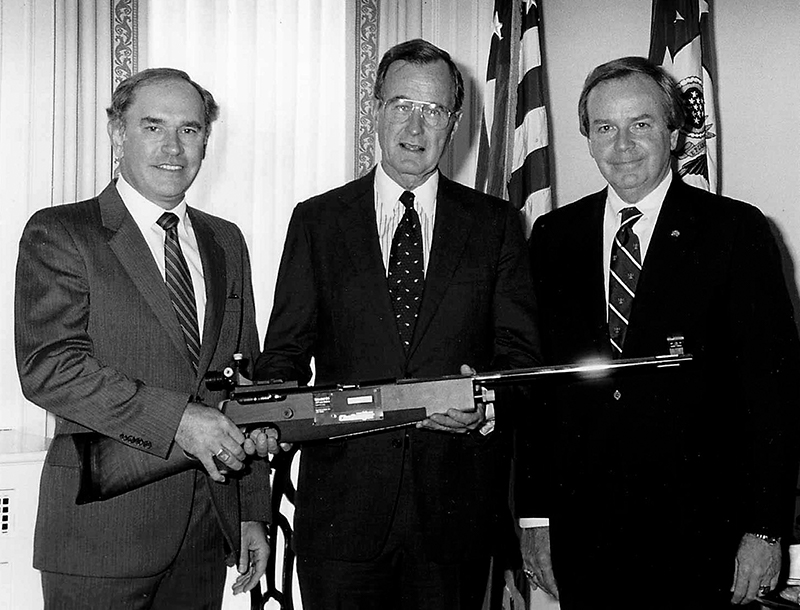 In conjunction with the Summer Olympics in Los Angeles, Crosman gifted a competition-grade air rifle to President Bush in recognition of his service to the shooting sports. 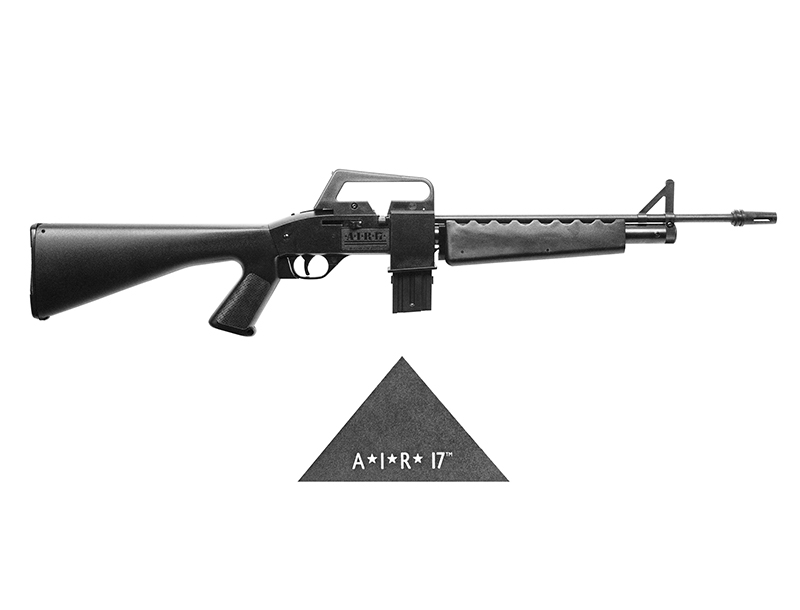 Crosman creates the AIR-17, a replica of the government-issue M16. This single shot swinging forearm single pump pneumatic repeater with a pistol grip stock could shoot either .177 caliber pellets, or an endless amount of BBs thanks to a 195 round reservoir shaped like an ammo clip. 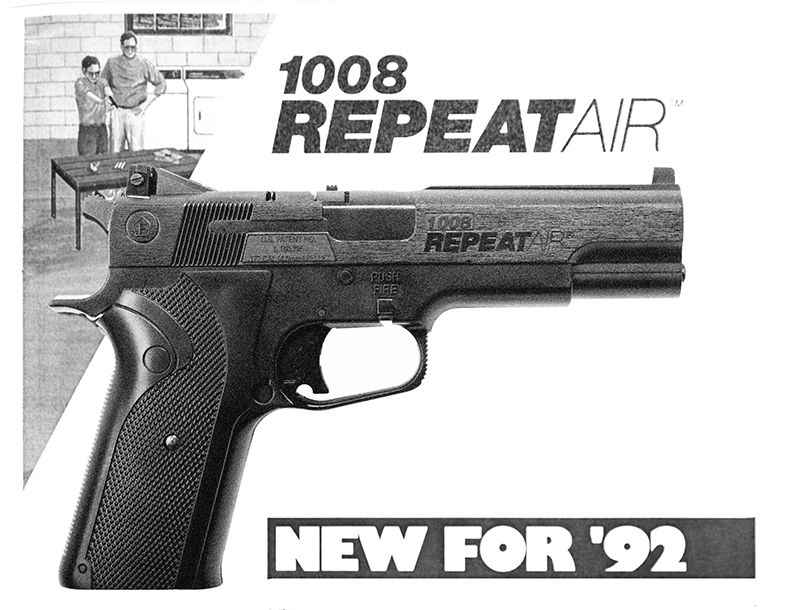 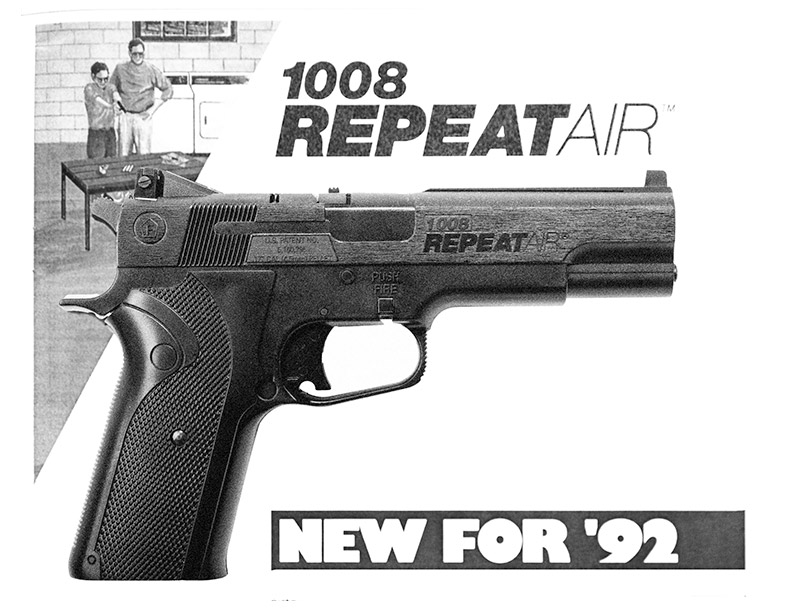 Crosman acquires the Benjamin Sheridan Corporation, a dominant U.S. manufacturer of high-end pneumatic and CO2 powered airguns, and one of the world's foremost manufacturers of high quality paintball markers. 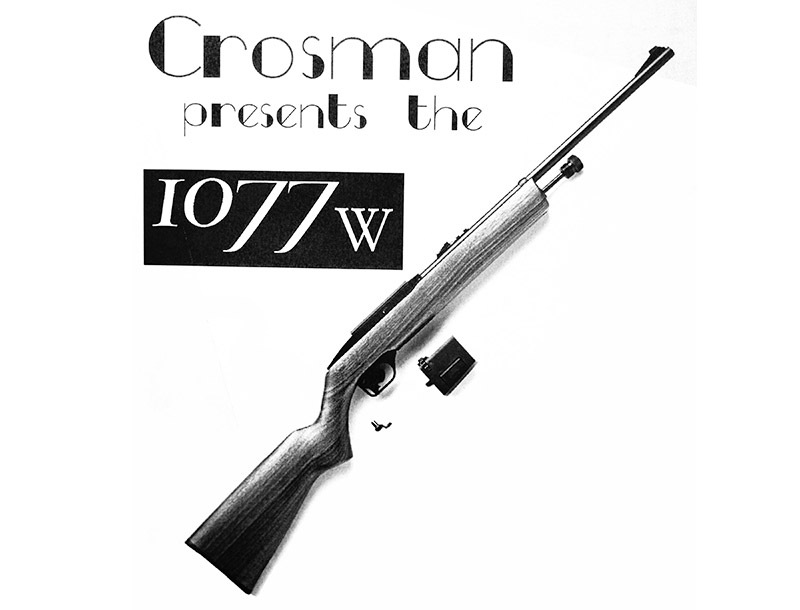 Crosman is acquired by an investment group with a renewed focus on market expansion, new product development and leveraging the company's core competencies of design, manufacturing, and distribution. This re-energizes Crosman's innovation team and sets-off to push air-power to new heights. 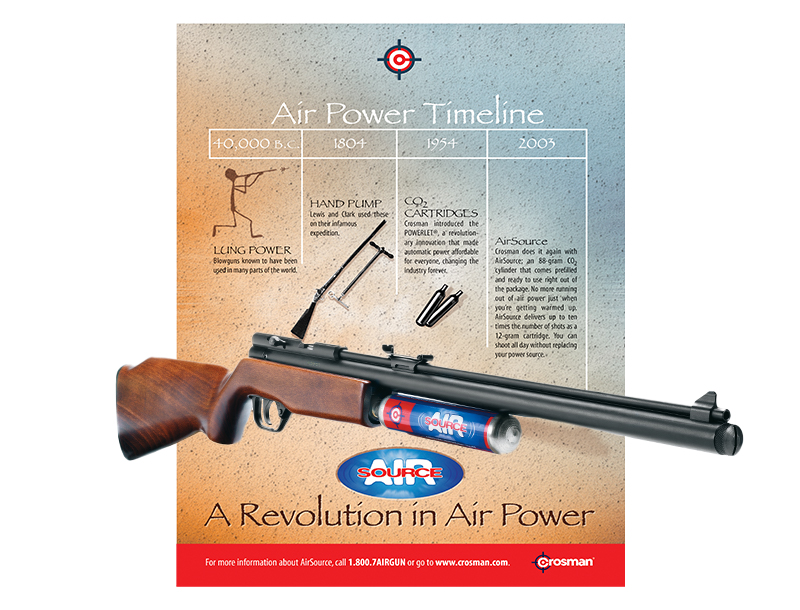 The company expands its offering outside the traditional airgun category with the debut of its new division, CenterPoint Precision Optics. 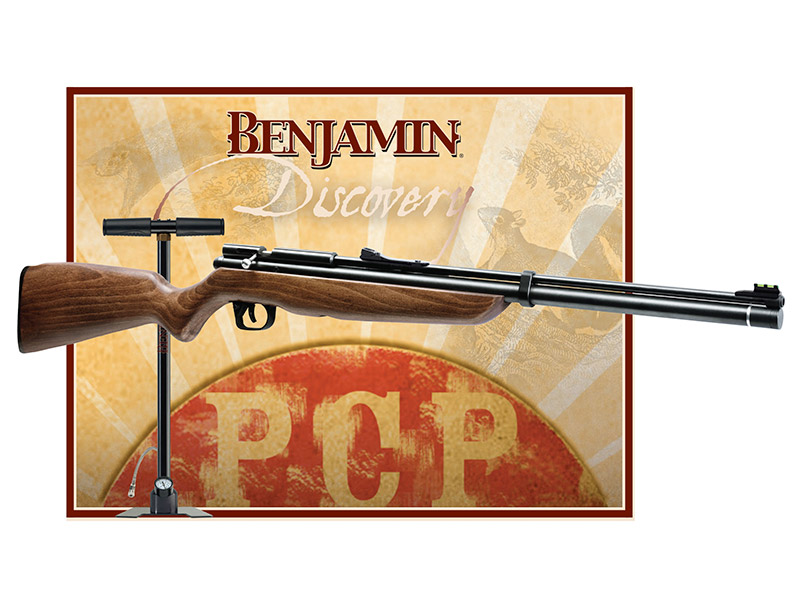 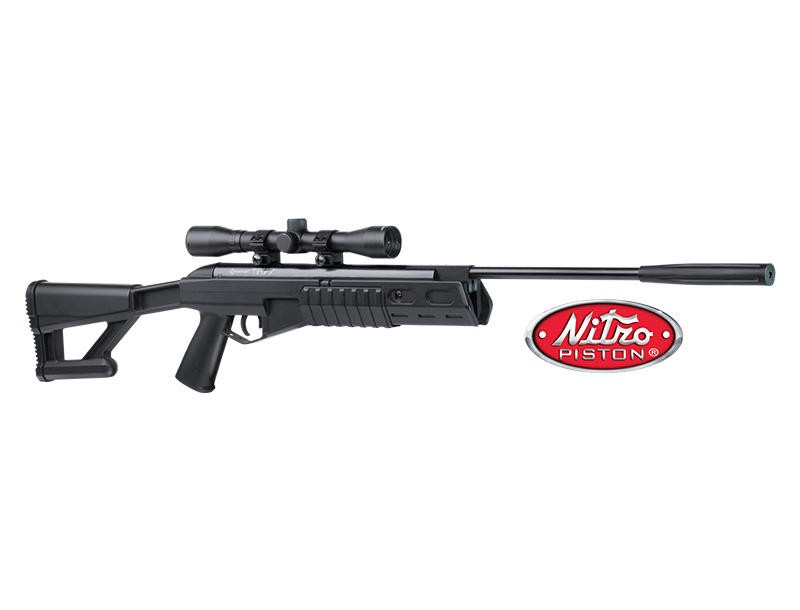 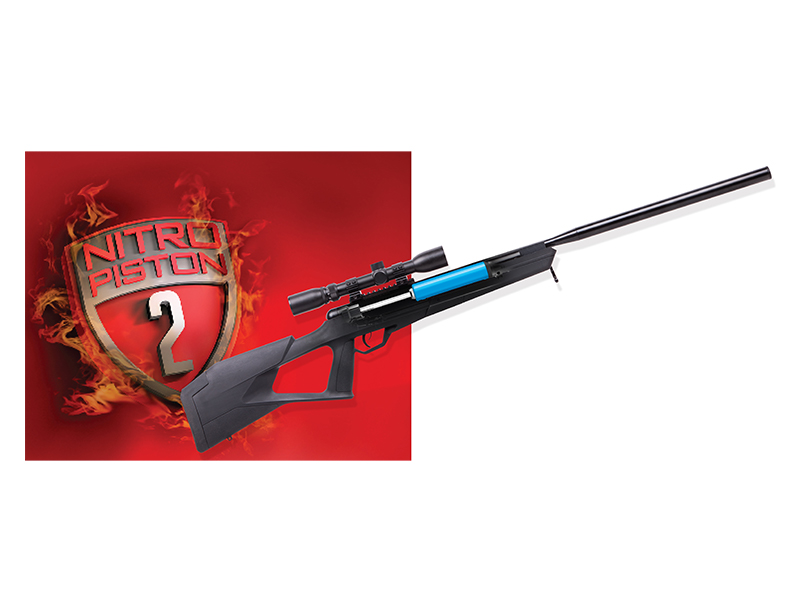 Nitro Piston 2 is born. The split piston design with Tail Guides and Recoil Arrest pushes 30% more air, resulting in more speed and less recoil. A ten pound reduction in cocking force and new one-piece nylon fiber Baffling System made the Nitro Piston 2 one of Blue Book of Gun Values’ Ten Most Innovative Products of the Year. 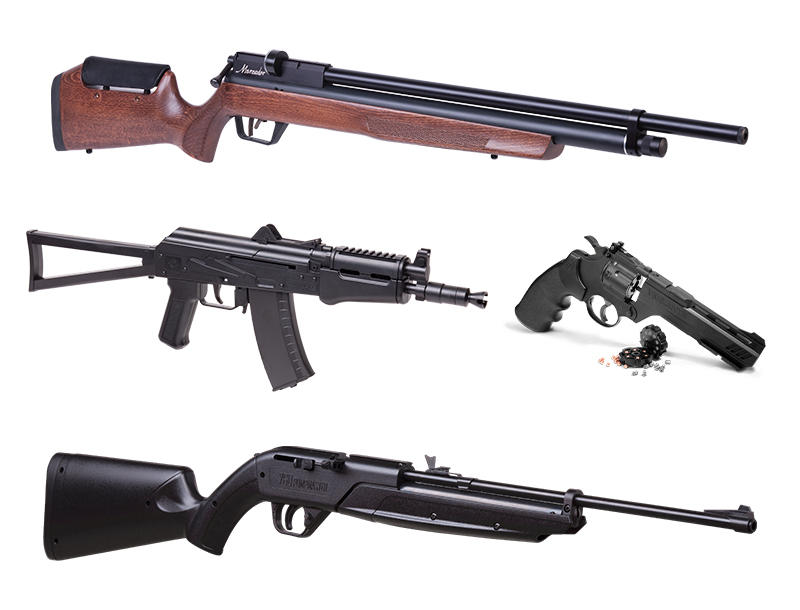 This benchmark year in innovation saw 30% increase in shot count for the Marauder; a newly-styled Pumpmaster with valve increases to velocity which reduced pumping force up to 30%; a new CO2 semi-auto rifle, the Comrade AK, and the CO2 semi-auto Vigilante pistol with 10-shot clip that holds both BBs and pellets. 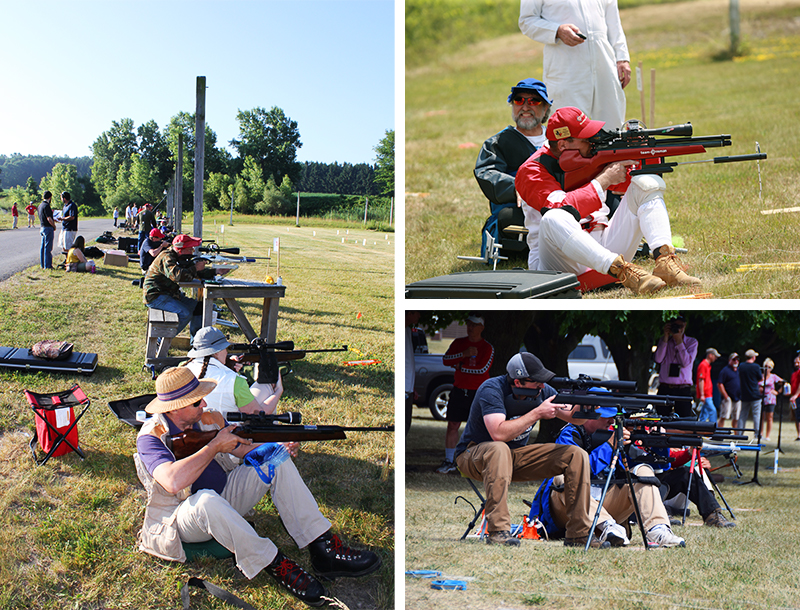 In the hunt for America’s best marksman, Crosman creates the National Field Target Series, a cumulative point series where AAFTA participants use Crosman or Benjamin rifles and pistols, and are rewarded for their performance. It’s a natural evolution of the company’s support of the sport of air-powered shooting. 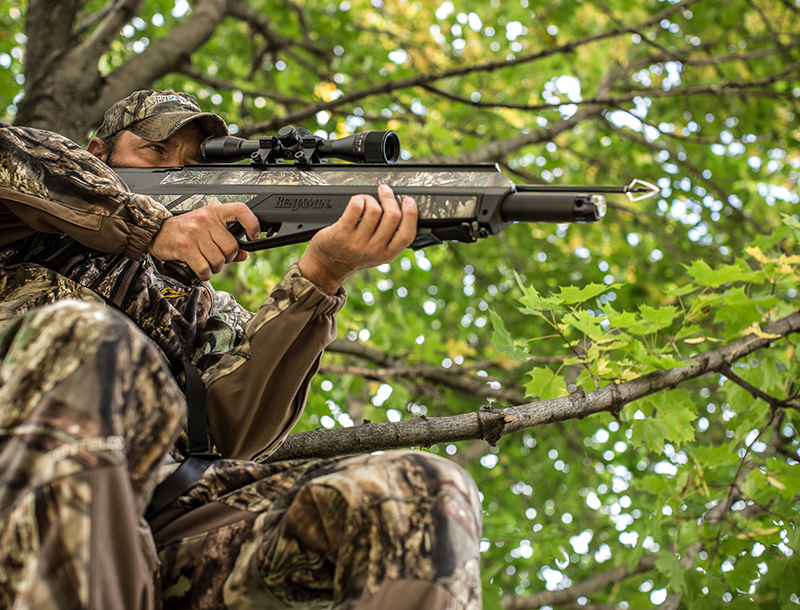 In the pursuit of air-powered adventure, Crosman created a category of big game weaponry with the Pioneer Airbow capable of shooting full length, full weight arrows. 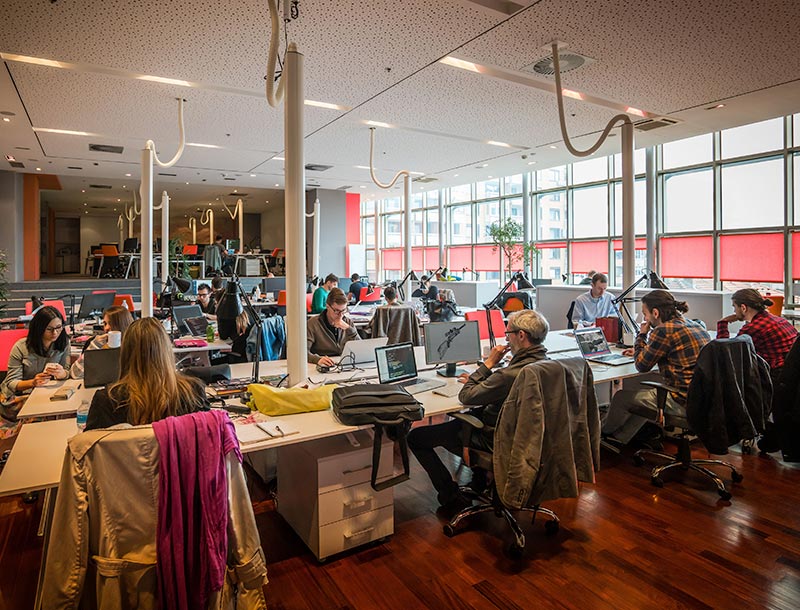 Air Power is the Crosman design platform for the future. See what’s possible when you harness the power of air.

Airpowered
Innovation
Crosman is constantly pushing air-power advancements through distinct style, functional ergonomics, and optimal precision. These are the AirGuns of tomorrow. 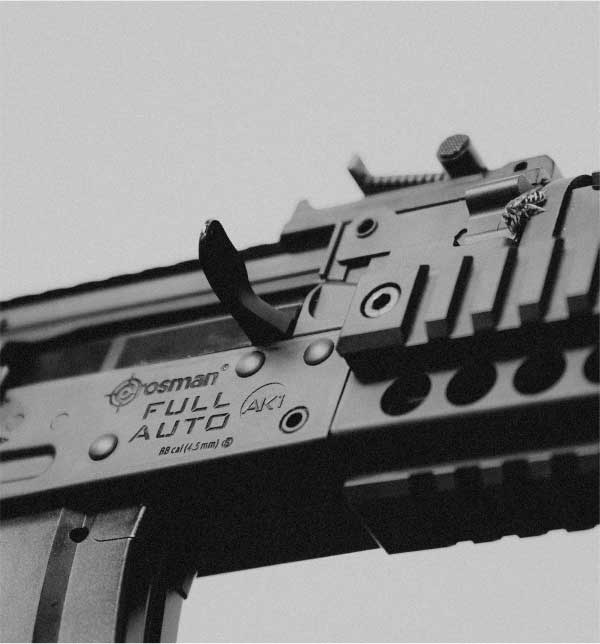 Airpowered
Performance
Best in class. When you need to make every shot count, count on us to get the job done right, round after round. Anytime. Anywhere. 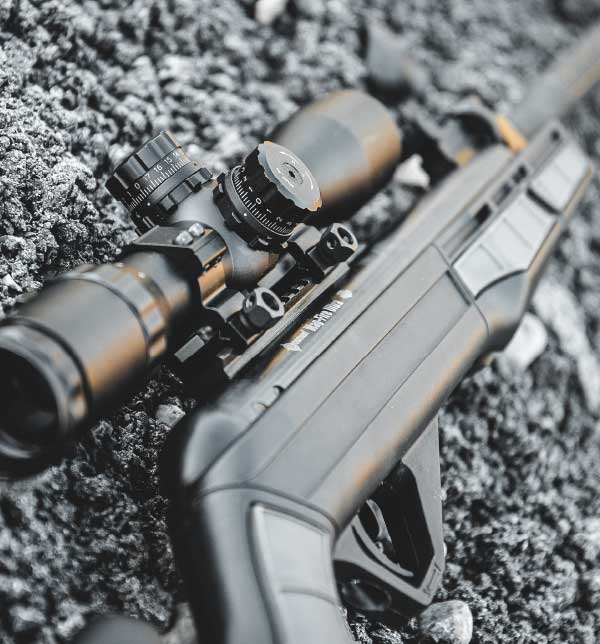 Airpowered
Adventure
Next level events. Original experiences. When you wrap your palms around a Crosman airgun, what you’re actually holding is a ticket to better stories. 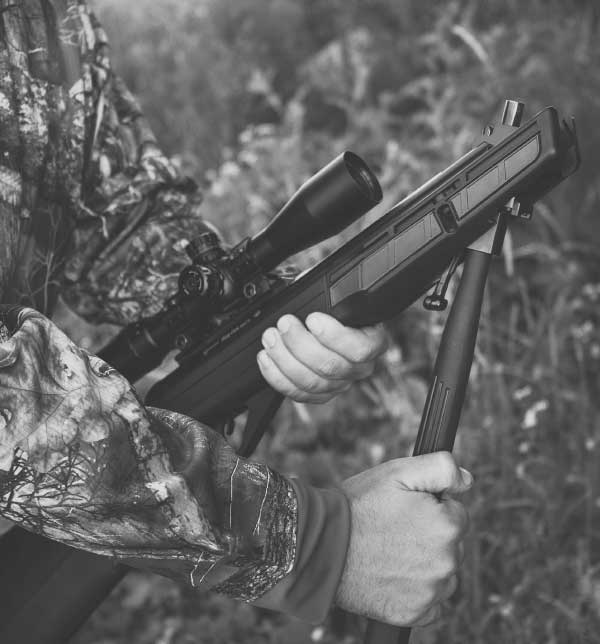 Nothing beats visiting our Rochester HQ in person, and browsing a century of our American-made rifles and pistols lining the halls to our factory. We invite you to do just that, but in the meantime, here are the crib notes for 100 years of Crosman heritage.

The name Crosman is our guide.

Name
This historic symbol is built from fusing the words crosshairs and mankind into a single vision and way of life, the shooter’s life. The skills, comradery, dedication, values, daring of the shooter inspire us.

Icon
This target is always aimed forward. Every shooter who brandishes this icon is focused on something better. Target tomorrow. Target greatness.